The time we spent in Airmidale was a happy time for us. We love our host families. Thanks Airmidale!

We moved to Sydney by airplane from Armidale Airport. Armidale is a quiet and calm place, but Sydney is a city and hustle and bustle. There are a lot of shops on George Street which is near our hotel. Many people bought souvenirs. The souvenir shops sell pretty accessories and goods. We enjoyed our free time in Sydney.

Today, we made our presentation slides in the morning. In the afternoon, we visited an old house called Saumarez Homestead. This house was owned by the White family, a very wealthy family who moved from Britain in the 19th century. I was so surprised to know that some members of the family traveled to Japan in early 20th century. There are Japanese dishes and pictures of these people wearing kimonos.

Next, we went to the Aboriginal Cultural Centre and Keeping Place. There, we drew a story with Aboriginal signs. We also saw beautiful aboriginal pictures.


In the morning, we revised question structure, and wrote down some questions.

After morning tea of 30 minutes, we spoke to students who are learning Japanese at UNE. We talked, for example, about food, future, hobbies and more! Their Japanese was very good.

In the afternoon, we visited a local high school, O’Connor Catholic College. First, the school principal gave us a tour of the college. Then he brought us to English class of year ten students. They are either 15 or 16 years old. I asked the questions I made in the morning.

I really enjoyed talking with young Aussie students. I would like to speak more English some other time.

Today, we had an opportunity to talk with UNE students. Initially, we were very nervous, but once we started, we can make many exchanges both in English and Japanese. In the afternoon, we went to O’Connor High School. This is a co-ed school, meaning both male and female students study in the same classroom. It was a very fulfilling day to be able to make exchanges with a lot of local students. 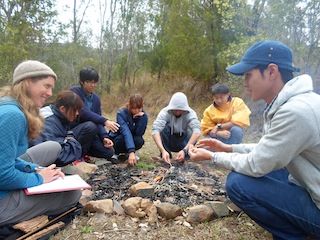 This weekend, we went for the adventure weekend and tried out a lot of new and exciting things. First day, we went to the Billabong Zoo, and we patted the back of the kangaroos. They were very cute! We also fed wallabies and stroked them gently. I was very happy that I could touch ‘real’ animals in Australia.

Next day, we did abseiling and rafting. Before I actually did these activities, I was sacred, but I could enjoy them.

It was such a good weekend. I will never forget what we did.

We went camping over the weekend. It was very exciting. We had much fun. It was able to make a lot of memories. We could learn English. I was very happy. Camping is a valuable experience for me.


I tried abseiling for the first time in my life. I was really scared when I looked down the vertical wall of rock that we were going down with only a rope, but after my first trial, I found the abseiling to be fun. So I went down for the second time.

We also joined bush survival class. The best thing I experienced was making a fire. We made a fire by just a stick of wood and a piece of wood. I had watched this method at the Discovery Channel before, but I thought it to be just for the specialist, not for ordinary people. Through these activities, I had a lot of fun thanks to our wonderful instructors, Nikki and Dan. 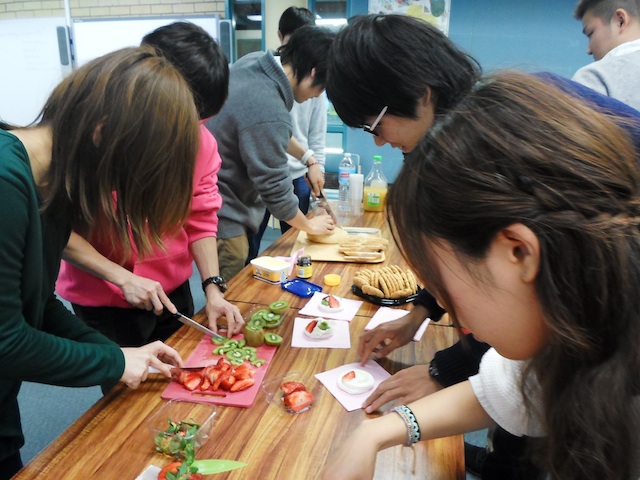 Today, we tried some ‘particularly’ Australian foods in class. They are different from what we usually eat. One good example is Pavlova. On a small meringue, we put on some whipped cream and decorated with slices of kiwi fruits and strawberries. It was very sweet. Another good example is Vegemite. It was very salty. It was a very good experience to taste some of the famously Australian foods.

After the class, we went to Rina’s homestay, and made sushi. In Australia, rice is not steamed but boiled. So, it was very difficult for us to put the rice together. Our sushi did not look good but Linda, Rina’s host mother said they were ‘cute.’ So we were very glad.

After dinner, we went outside and looked at the sky. There were a lot of stars. We have never seen so many stars in Japan. So we were very impressed! 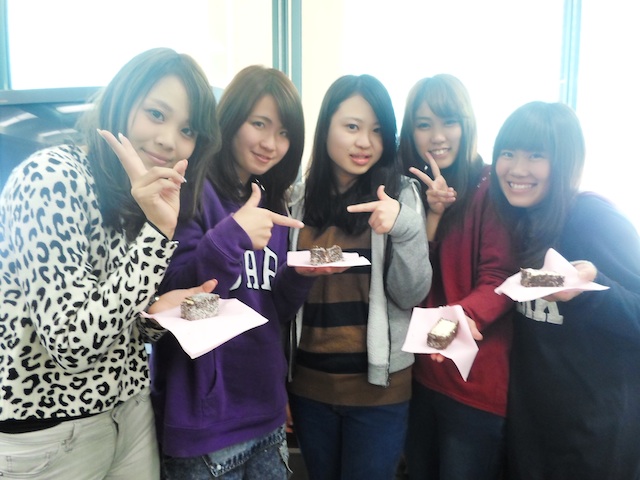 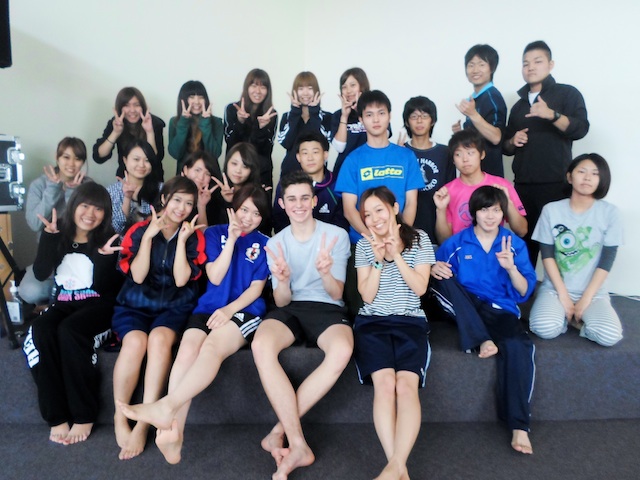 In the afternoon, we visited the university gym, Sport UNE, to play some sports. We first ‘had a go’ of body balance exercises in the studio, and then played badminton and basketball. Nick was our instructor of body balance class. Not only his body is very flexible, he is very kind and attentive. His instruction was very clear and easy to follow. We all had a very good time. 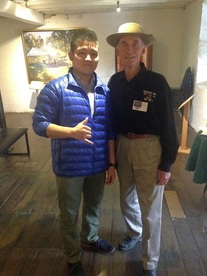 Mr. Arnold Goode & Ryo
This afternoon, we took a bus for 30 minutes and went to McCrossin's Mill Museum in a small town called Uralla. The museum is a good place to learn history of this town. In the museum, we were guided by Mr Arnold Goode. He told us that Australians are proud of cultural history of bushrangers, a kind of gangster, and introduced us to the life of Thunderbolt. Thunderbolt means lightening and flash, and his nickname suggests how quickly he stole money or jewelry. Thanks to Mr Goode, we understand the history of Uralla better. 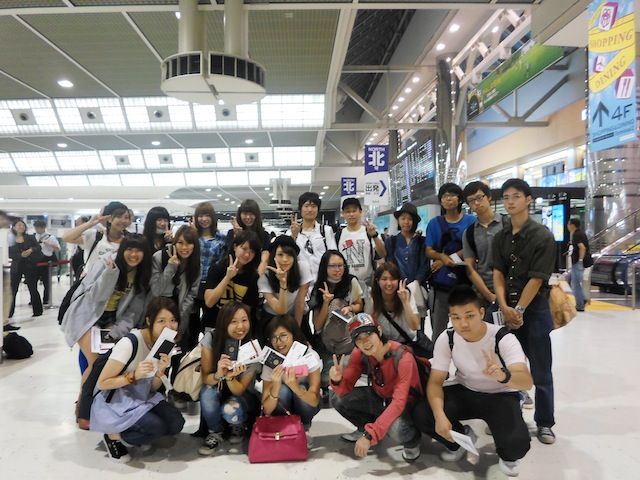